One of the very few available successful sons of the living legend CASSINI I.

With more than 150 winnings and placement in the international show jumping circuit, CASSINO proved his great attitude in sports.

Besides winning the Derby at the CSIO in Falsterbo, CASSINO was succesful in speed classes, puissance and was a member of the Swiss nations team.

His rider A. Ott: 'CASSINO always wanted to win, this attitude and the fact that during his 10 year career he never was injured, makes him outstanding'.

Cassino's sire CASSINI I himself was internationally successful under F. Sloothak, by winning several Grand Prix.

In third generation of CASSINO's pedigree there is MARLON xx. Born in Ireland by Tamerlaine xx. MARLON was brought to Holstein where he built together with LADYKILLER xx and COTTAG SON xx the fundament for the Holstein Horse.
MARLON xx not only was a great stallion for show jumpers, but also had great influence in dressage and three day eventing.

Among his progeny there were:
- MONTEVIDEO by U. Sauer, winner of team olympic gold medal in dressage (Los Angeles)
- MADRIGAL by K. Schultz, winner of olympic silver medal in three day eventing (Montreal) 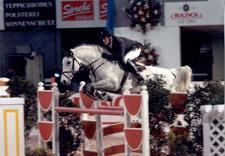 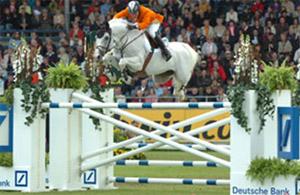 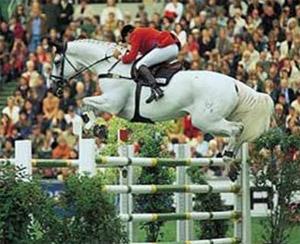 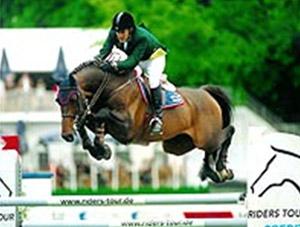