A Grand Prix performer from best family in France.

Both his Sire and Dam were on the French Nations Cup Team.


His sire, Quidam de Revel, is one of the best performers of his generation.  He topped the World Breeding Championships Jumping Stallion rankings two years in a row (2004, 2005) . A star member of French Team and Bronze medalist in the 1992 Barcelona Olympic Games.


His dam, Narcotique, competed on the French Nations cup team with Olympic Gold medalist Pierre Durand. She won the CSIO in St Gall (1989)  and the jumping derby at Bois-le-Roi (1992). Narcotique is the dam of seven Grand Prix show jumpers.


His Grand Dam, Bouree, was a Grand Prix performer and  dam of five international show jumpers. 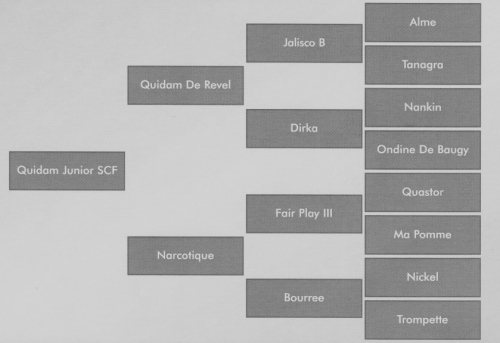 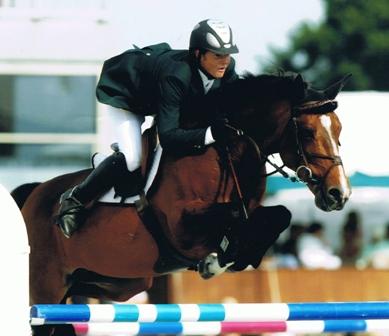